What was the last movie you watched? 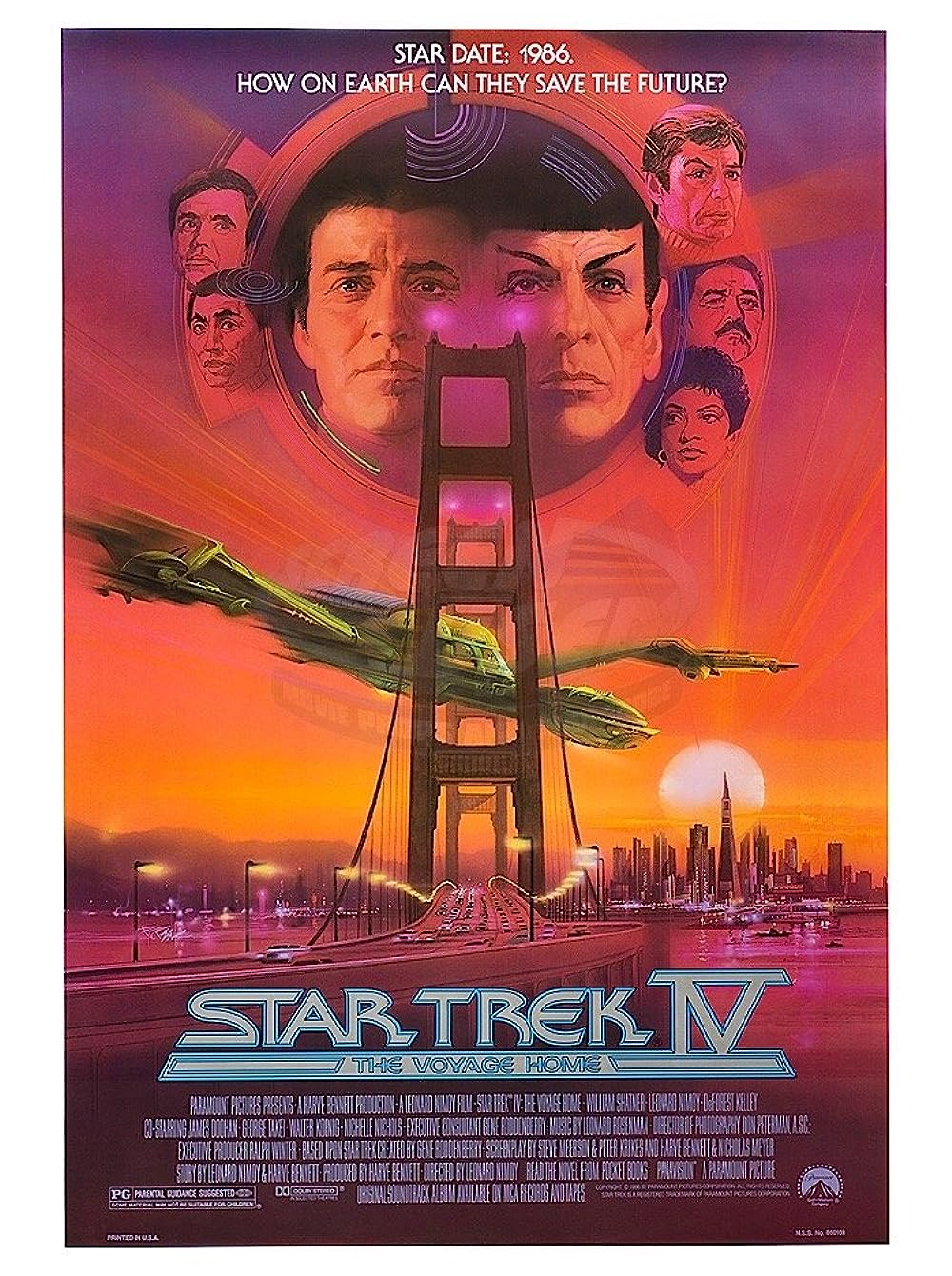 Star Trek IV: The Voyage Home: Directed by Leonard Nimoy. With William Shatner, Leonard Nimoy, DeForest Kelley, James Doohan. To save Earth from an alien probe, Admiral James T. Kirk and his fugitive crew go back in time to San Francisco in 1986 to retrieve the only beings who can communicate...

I watched Lincoln in the original in blue ray DVD earlier.

Its kind of... hard going with the old fashioned speaking from 150 years ago, however the film is particularly good. I suppose under the current administration it might eventually be censored or banned as contraband or fake movie. =) /satire.

Im just happy that they were able to present the process of organizing and overcoming a range of events ongoing in the early 1865 to April of that year. It was such a important time. The one thing the Movie failed to address in history prior to that time period specifically about the 13th Amendment and a few other really important stuff is that Britain and France considered recognizing the Confederate States as a new Nation sometime during the US Civil War. However, England was reliant on wheat to feed her People from Russia who sailed a battle fleet into the ports and harbors of San Francisco and NYC for a period of 6 months to be used by President Lincoln should France and England declare war on the United States and try to break the blockade.

A part of the movie that will be difficult for some is that the Lincoln's wife Mary who they lost their son in about 1862 or so took alot of life out of her. They did not want their current suriving son to go off on his own as he wanted (As most adult sons do..) and get destroyed in war that was essentially over. To some I would consider calling the Presidents Wife a sort of a Medium or a Seer to use a broad word describing her situation in life versus the enormous loss that threatened her very ability and mind. Thats how she coped with it. But not in a way that is easily fit into Society at the time that required her to be smiling and greeting at Balls and Parties etc.

However, be warned. You will find there are many people involved in the film and the makers tried to do it in a good easy to watch way, and all of them were concerned for Lincoln or against Lincoln's desire to see the 13th Amendment pass. (The Senate had already passed and once the House votes yes to it then its part of the US Constitution forever.)

That leads me to another cautionary thought. Im pretty certain there are some younger ones among us who do not necessarily have to confront racism however the film does address it from some of the Congress people who were supporters against the 13th Amendment and certain very BIG questions come up. Its done in a very tasteful and diplomatic manner however it was quite a different time. Which is why there is a caution in that film for viewers to understand that some content may be upsetting or require additional learning. Because generally it is not taught in our existing educational system.

The best thing is how some people were sufficiently smart to take a huge issue or question and reduce it with a simple story telling that anyone could understand the situation clearly and think for themselves what they want going forward.

The last movie we watched was Inception. Had already seen it before, but it was fun to watch again!

I can't even remember lol
O

No time to die
M