The 19-year-old son of The Bold and the Beautiful actress Hunter Tylo has died.

Michael Tylo, Jr. drowned and was pronounced dead at 11:55 p.m. on Thursday, according to the Clark County Coroner, Michael Murphy.

"It has already been determined that this was an accident," Murphy tells PEOPLE. "Looking at the report, it appears that he fell in the pool after having some sort of medical event. It says on the report that he had a seizure disorder."

The death, first reported by TMZ.com, occurred at a residence, and Michael Tylo was discovered by an unidentified family member, says Murphy.

"We are doing a toxicology report, but that is standard with all bodies that come to us," adds Murphy. "That information won't be available for several weeks. With this already having a cause of death, like a medical condition, it appears pretty evident that this is reason for him falling in the pool."

A rep for The Bold and the Beautiful tells PEOPLE, "Hunter is not commenting at this time. But I can confirm that her son Michael, who is 19, died yesterday in Henderson, Nevada."

Tylo has been through difficult family times before.

In 1998, she and her husband Michael were told that their infant daughter, Katya, had a rare cancer of the right eye called retinoblastoma. Doctors removed the eye and began chemotherapy, but later in the year tumors were detected in Katya's other eye. To the amazement of her doctors, those tumors soon inexplicably disappeared. Katya recovered and wears a prosthetic right eye.

At the time, Tylo told PEOPLE that she relied on the power of prayer for strength.

"If I'm having a rough day," she said, "I remember this psalm that says, 'Revive me, O Lord.' It really helps. It's better than any beauty treatment."
G

I feel terrible for her son and I am sure she must be grieving pretty bad.

I don't want this to happen to her.

This is shocking.
A

oh no that is terrible prayer for ms. tylo and her family

Premium Member
This is terrible my prayers are for Ms. Tylo and her family. I am a Bold and Beautiful fan as well as Young the Restless.

Im so sorry. Do u have picture of Hunter Tylo to post?

Peachy Lady said:
Im so sorry. Do u have picture of Hunter Tylo to post?
Click to expand...

Here more picture of her and family. 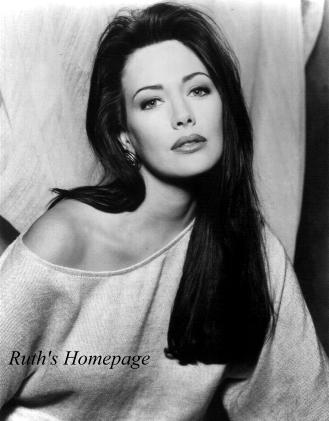 She's beautiful. I've never seen her before. Is that her son who died that wore thick striped sweater?

Peachy Lady said:
She's beautiful. I've never seen her before. Is that her son who died that wore thick striped sweater?
Click to expand...

No. He is 27 years old now. She had him when she was 18 years old,
same year she graduated from High School.

The son, the 19 years old, sitting on her husband's laps, with the white shirt on, died.
He looked just like his father. Don't he?
G

Peachy Lady said:
She's beautiful. I've never seen her before. Is that her son who died that wore thick striped sweater?
Click to expand...

yep she is very very beauitful lady. Her second son is 19 years old that passed away. As a mother, when a child killed or died it killed what inside of her. I know it would kill me inside to lose a child that a part of me would grieve a life time. My prayers goes out to her family.
J

Oh gosh.. they're in my thoughts and prayers!

I know Hunter Tylo from the bold and the beautiful. I used to watch that whenever I could.
G

RebelGirl said:
Oh gosh.. they're in my thoughts and prayers!

I know Hunter Tylo from the bold and the beautiful. I used to watch that whenever I could.
Click to expand...

Yep she almost lost her daughter to eye cancer in both her eyes but she was lucky she got well and living healthy. Hunter Tylo been on many other shows from time to times. She very beautiful. I bet all the guys drools over her.

She probably will sell the house with pool, because of bad memory of her son died in pool.
G

Deafilmedia said:
She probably will sell the house with pool, because of bad memory of her son died in pool.
Click to expand...

Have to wait and see,, I don't think she ready to move right now, she got so much to deal with first and her family need time to grive and healing process. Moving probably the last thing on her mind right now. So, it too soon to tell if she plan to move.
G

Prayers for my dad.

She's is the actress on 'Bold and the Beautiful'. She was one of my favorite actress on soaps beside Hope Brady (Williams)

My heart and thoughts goes out to Hunter's family during the time of their grieving.

Premium Member
That is awful! My thoughts are with her and her family during this difficult times.

Premium Member
Oh Geez!! Sorry and prayer for her family!