7 sailors missing from us navy warship involved in collision

Premium Member
This is bad.

Seven U.S. sailors are missing from the USS Fitzgerald after the ship collided with a Philippine-flagged merchant vessel ACX Crystal while operating off the coast of Japan, Fox News confirmed.

The Fitzgerald's Commanding Officer is among the four sailors who were injured and flown off the ship.

The ship was under its own power but had limited propulsion, according to the U.S. Navy. The incident happened 56 nautical miles southwest of Yokosuka, Japan....

It looks like the container ship hit and crushed the section of the Navy ship where the captain's sleeping quarters would be.

Somebody is going to be in big trouble for this.

Premium Member
Their bodies were found in the flooded area of the ship.

Super Moderator
Premium Member
Prayers goes to the sailors and their families.

Super Moderator
Premium Member
According to the article:

The Navy will not be afraid to hold itself to account for this.

That leads us to the third thing we can safely know: accountability. It won't be just the Navy that gets the lash here. Careers will be dashed. People will be punished. Short of battle at sea, Navy warships are not supposed to hit anything -- not the ground, not each other, and certainly not container ships in the middle of the night.

The commanding officer, Cmdr. Bryce Benson, will almost certainly be the first to go.

"Anyone who has ever commanded a ship knows that you are inescapably responsible for everything that happens on your watch," wrote my friend and colleague, Bryan McGrath, himself a former destroyer captain. "There is no such thing as 'I was asleep' or 'I was ashore.'"

The Navy won't need to complete its findings to hold Cmdr. Benson responsible. He will surely lose his command forthwith. But there will no doubt be others whose performance during the incident will be found wanting, maybe even negligent. They will also be held to account. There may even be court-martial that result.


Although we don't know yet whether the Navy is at fault or not, it's their investigation protocol to relieve the commander from command.

Premium Member
This is so sad. Prayer to the families. 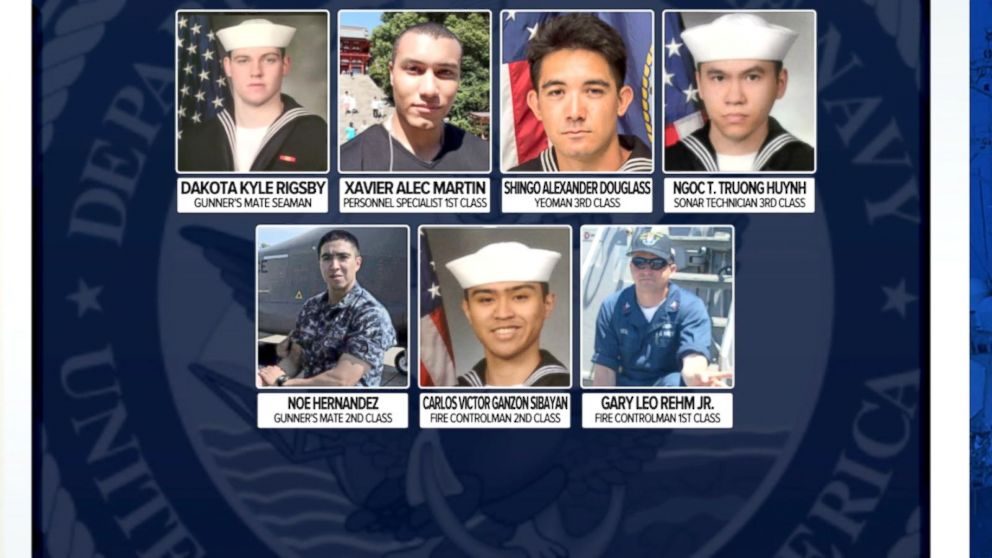